At Language 4 Life we teach in a number of different ways so you can be sure to find the one that suits you and your budget best. 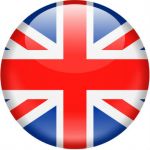 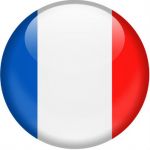 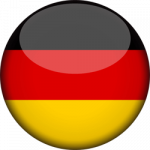 It is spoken in Germany, Austria, Switzerland, Belgium and Luxembourg.It is the native language in northern Italy, eastern Belgium, the Netherlands, Denmark, eastern France, parts of Poland, the Czech Republic, Russia, and Romania, as well as in other parts of Europe.

Germany has the 3rd strongest economy.

Knowing German can create business and career opportunities and improve your quality of work.  More information 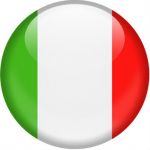 Italy is one of the most beautiful and romantic countries in the world. It has one of the richest and oldest cultures which boasts beautiful ancient architectures, glorious food and some of the finest arts. The language, like the country, is also deeply romantic, historic and poetic. For centuries Italy has been sharing its rich culture with the rest of the world through its literature, opera, science, design and cuisine. However, being able to experience all of these through their original language allows you to better understand and appreciate them! Here are just a few of the advantages of why learning to speak Italian is a wonderful skill to have.

Italian is the romance language closest to Latin. (French and Spanish are other romance languages.) The English language was heavily influenced by Latin over the centuries and as a result English has a high percentage of words that derive from Latin, enabling you to not only learn a new language but discover so much more about your own mother tongue!

Italian is the least widely spoken of the romance languages (French, Spanish and Italian) which may leady you to think, why learn it? Well, whilst it is not as widely spoken as the other Latin languages the need for Italian speakers in the workplace is! With the demand for the language increasing it is a great asset to be able to offer especially within industries such as hospitality, travel and tourism, transport and logistics as well as sales. But it doesn’t stop there, The Italian language will not just open up employment opportunities to you on this side of the pond but also in Italy itself! There is a large market across Italy for teaching English as a foreign language (TEFL). So if you’re looking for adventures, to broaden your horizons or to gain new skills, then learning Italian would be a fantastic advantage!

Associations with the arts, culture, history

The ability to speak Italian doesn’t just enable greater career and travel opportunities but also offers the opportunity to gain a deeper understanding of the very things that make Italy so renowned worldwide. Italy has given birth to many literary, musical and cinematic masterpieces which today are readily available in English but regardless of the highly skilled translations, some meaning is still lost in translation. Therefore to fully appreciate these masterpieces and their richness it is essential to have knowledge of the language. Many famous artists, scientists and musicians that have helped shape the western world are in fact Italian such as Galileo, Michelangelo, Da Vinci, Dante Alighieri and Puccini to more recently Luciano Pavarotti, Gianni Armani and Sophia Loren. And that is just to name a few!

Italian culture is very sociable and the language plays a key part, not only for the obvious role of being understood, but also in the way it’s spoken. Italian is a very expressive and emotional language which enhances every experience of Italy you have! Discovering Italy through Italian is an experience you will never forget! So whether it’s for career progression, social reasons or self-fulfilment why not learn Italian? You won’t be disappointed!! 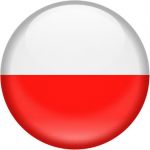 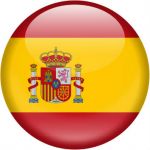 If you are thinking or already started learning Spanish, let me congratulate you as you have made a very good choice. This are a few of the great reasons why you should start learning Spanish today: Communicate with 350 million native Spanish speaker worldwide Spanish is currently the 3rd most commonly spoken language worldwide. It is the official language in 20 countries in three continents as well as being widely spoken in the US and countries as far as The Philippines in south-east Asia. Use Spanish to improve your employment potential Know Spanish? Great, you’re hired! If you are learning or speak Spanish as a foreign language you are more likely to land that job of your dreams than if you are monolingual. In fact, many jobs today require a minimum of basic proficiency in another language, preferably Spanish. With the rapidly increasing Hispanic population worldwide, there are a multitude of career fields in the US that need Spanish speakers. Among them are nurses, social workers, teachers, translators, and many more. Other options include diplomacy, interpretation and security applications. Did you know that bilingual employees often receive a larger salary than their non-Spanish speaking counterparts? Learn Spanish to improve your knowledge of your own language Spanish is from the Romance language family of languages, its roots coming primarily from Latin, the language spoken by the Romans. As you might know, English, too has many words of Latin origin. Because of this, knowing Spanish helps speakers of English (as well as some other European languages) broaden their vocabulary in their native language. Often times, these same Latin roots are at the base of many sophisticated words in English, so Spanish learners can also become more proficient in English. In addition, a recognition and understanding of these words of Latin origin is especially helpful in certain professions in science, medicine, law, and many others with specialised vocabulary, as the many centuries of Roman rule left their mark linguistically in these and other modern scientific and professional fields. Better appreciate Spanish-speaking cultures Apart from opening up access to areas of "high" culture such as art, literature, and history, a knowledge of Spanish can help learners understand and appreciate day-to-day culture in the Spanish-speaking world. The ability to read and understand authentic Spanish -- whether that be in the newspaper, on television, in magazines, in letters from friends or pen pals, or on the street -- truly gives an "insider" view into the language and all of its different shades of meaning. Learning the Spanish language and culture go hand-in-hand. While not impossible to learn Spanish never having experienced the culture first hand, direct exposure to the culture will give language learners insights into the language that would otherwise not be possible. Learning Spanish makes acquiring the next foreign language easier It is often said by people who have become bilingual in Spanish or another language: Through hard work, perseverance, and lots of practice, the next language one learns is much easier to master by comparison. Learning a foreign language develops a whole set of mental, social, and cultural skills and this newfound awareness carries over to other languages when learned. Once Spanish has been learned to a proficient level, when the grammar concepts, vocabulary, and other facets of the language have become fairly automatic, picking up a new language comes much more effortlessly. The new languages studied, especially of European origin, tend to have a lot of recognisable, common elements that are more easily assimilated and expanded upon by tapping into previous language-learning experience. In fact, once you know Spanish, other languages in the Romance language family such as Italian, French, Portuguese, or even ancient Latin, will almost seem like "cousins" to the Spanish you've already learned! Gain access to Spanish art, music, literature and film Have you ever wondered what it would be like to view a film in its original language instead of watching it in a dubbed version? Are you tired of being distracted from enjoying a film by the need to read the film's subtitles? Have you wondered if the translation of the film is accurate or if you are missing out on the details in the film? Becoming proficient in Spanish would greatly enhance your enjoyment of such Oscar-winning films as Belle epoque (1993), All About My Mother (1999), and The Sea Inside (2004). In addition to deriving more enjoyment from films, a knowledge of Spanish would help gain access into the minds and times of the people responsible for some of the greatest literature in the Spanish-speaking world. Who hasn't heard of Miguel de Cervantes, whose novel, Don Quixote was not only groundbreaking in the 16th century when first published, but continues to fascinate and inspire current audiences? What about Spanish music and art? Most people would recognise Cuban singing-sensation, Gloria Estefan, and Spanish cubist painter Pablo Picasso is known worldwide for his modern-style of art that has influenced the artistic community around the globe. In recent years, film stars from Spain and Latin America such as Penelope Cruz, Antonio Banderas, and Salma Hayak have become recognised not just at home, but in Hollywood as well. So what are you waiting for? Get out there and start learning Spanish today and take advantage of all of the new opportunities it opens!

One to one lessons

We offer one to one tuition for those of you who would prefer a more personal lesson, this enables you to have more control of your lesson. Some days you may want an all speaking lesson and others you may prefer a text based one or a combination of the two, our teachers can give you the same level of learning incorporating this.

Start learning
Back to top